We use cookies to provide you with a better experience. By continuing to browse the site you are agreeing to our use of cookies in accordance with our Privacy Policy.
Home » Blogs » Pat Hindle, MWJ Editor » Ericsson Mobility Report 2021 Summary

The 10th Ericsson Mobility Report was just released and notes that Mobile networks carry almost 300 times more mobile data traffic than in 2011 when the 1st report was published. Key findings include:

Their new forecasts include:

By the end of 2027, 5G subscriptions are expected to reach 4.4 billion becoming the dominant mobile access technology with North America having the highest penetration rate of about 90%. The graph below shows the expected growth rates of each mobile technology. You can read the full report here. 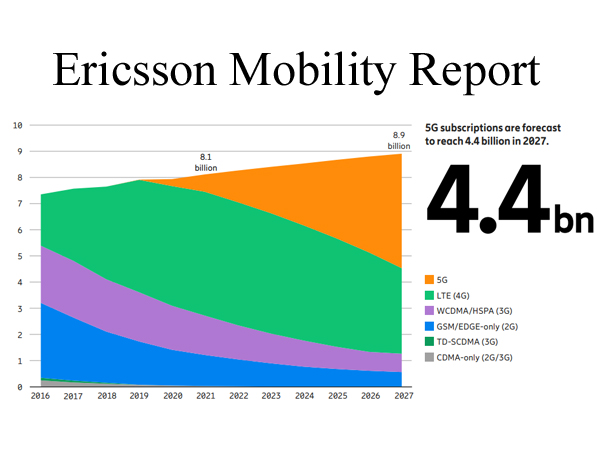