We use cookies to provide you with a better experience. By continuing to browse the site you are agreeing to our use of cookies in accordance with our Privacy Policy.
Home » Blogs » Guest Blog » What are the Important Factors to Consider when Routing Radio Frequency PCBs? What are the Important Factors to Consider when Routing Radio Frequency PCBs?

PCB design is increasingly becoming a challenging task on account of several factors including miniaturization but also the fact that it needs to have a presence of digital, mixed as well as radio frequency or what is popularly known as RF signals. As a thumb rule, a PCB is called a RF PCB when the frequency of signals involved, exceed 100MHz. RF PCB is one of the fastest growing sectors in PCB manufacturing. With the proliferation of electronic devices such as smartphones, sensors, robotics and more, the demand for these high frequency boards is in the increase.

For RF PCBs, however, you need a whole new approach to layout as well as routing, as opposed to low frequency PCBs. In fact, for RF PCBs, it is important to look at the entire circuit as a distributed parameter system. PCB Designers face a lot of challenges while PCB Fabrication. Some of the challenges that designers face when it comes to RF PCBs include:

Let us look at some of the factors to consider and guidelines to follow in some detail when routing radio frequency printed circuit boards.

Impedance Matching
This is an extremely important factor to consider when it comes to RF PCBs. In the absence of impedance matching the PCB is likely to suffer from power losses as also signal reflections along the PCB traces. The impedance of the load needs to be the complex conjugate of the source impedance.  Therefore, in order to maximize the transfer of power, impedance matching is required.

To ensure that traces remain impedance matched, it is important to ensure the following:

Some of the other things to keep in mind when it comes to impedance matching, include:

Skin Effect Loss- At higher frequencies, electrons flow along the outer surface of the conductor. This is commonly known as the skin effect. At the trace, a small area is used to funnel electrons. The funnel, however, can also trap some electrons. In turn, their signal energy is converted into heat or what is commonly known as the skin effect loss. Proper impedance matching can go a long way in minimizing this loss.

Reducing Capacitive Coupling
Capacitive coupling also known as electrostatic coupling is the transfer of electric energy between two insulator-separated conductors. For example, if two copper traces are kept close to each other, the energy on one trace will be transferred to the other.  3 common ways to prevent capacitive coupling in the PCB (printed circuit board) layout include:

It is the electromagnetic compatibility or EMC, which is the ability of the electronic system to operate within an electromagnetic environment satisfactorily without generating intolerable EMI that RF PCBs (Radio Frequency Printed Circuit Boards) need to aim for.

When a device deviates from defined standards, EMI dominates the system performance. It is, therefore, important to control EMI during the early phases of the PCB design.

The common techniques to reduce EMI in PCBs include: 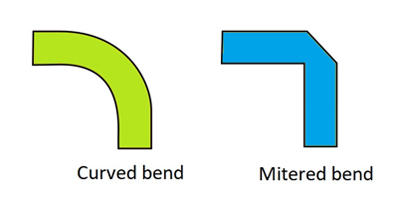 Best practices for component layout include:

EMI (Electromagnetic Interference) Shielding
Shielding is a mechanical technique that uses conductive or magnetic material to prevent EMI. Some components that naturally produce EMI can be shielded using a Faraday cage. Simply put, it is an enclosure made up of a conductive material that can block RF waves. Shielding protects signal transmission from external noise and prevents information loss.

In addition, cables that carry analog and digital signals can create EMI issues. Shielding these cables ad connecting them to the ground, helps prevent Electromagnetic Interference.

Heat Dissipation
Thermal Management is a very key aspect when it comes to RF PCBs.  Left unchecked, it can lead to catastrophic failures of the system as also shortening of their lifespan.

Heat that is generated within a PCB material needs to flow away and be dispersed. Some aspects that can help with thermal management include:

With the above best practices in mind the PCB designer can win the fight to maintain good signal integrity when it comes to Radio Frequency PCBs.

Whenever there is a requirement to manufacture advanced radio frequency printed circuit boards, one needs to maintain the signal integrity with a complete set of circuit simulation tools, PCB routing and circuit board layout tools, design tools to reach the target. The best way is to get a help of various available tools whether you need to layout a noise amplifier for signal collection, radio frequency power amplifier to broadcast signals, or complex interconnections.

Suresh Patel has worked as a Sales Engineer and other management roles at Mer-Mar Electronics. He brings 25 years of experience in printed-circuit-board sales and technical client service and managing business.