We use cookies to provide you with a better experience. By continuing to browse the site you are agreeing to our use of cookies in accordance with our Privacy Policy.
Home » Defense Opportunities and Challenges in 2019
Aerospace and Defense Channel

Defense Opportunities and Challenges in 2019 Since the end of the Cold War, there has been surprisingly little emphasis by DoD on increasing EW capabilities, especially in the Army, which spent little money in this area other than for IED jammers-until now. For the recent and almost feverish interest in EW, the West mostly has Russia to “thank,” as it demonstrated in Ukraine and Syria how far it has come in EW development and anti-access/area denial capabilities in general. It also got a boost from China's effort to ramp up its anti-access/area denial capabilities in the South China Sea. The result is more attention to EW than at any time since the end of the Cold War. The DoD is working to “reinvent” electronic attack, protection and support across all the services, with a particular focus on the Army.

Providing effective EW has never been easy and today it is more difficult than ever, requiring a modular, scalable, adaptive, more selective and precise approach over a wider range of frequencies into the high millimeter wavelengths with greater resistance to interference, whether from friend or foe. EW systems must be able to capture huge amounts of data, process it and deliver a response in near real-time from more sources than ever as the spectrum is densely packed with legal emitters. As the electromagnetic environment varies from country to country, there is no one-size-fits-all solution. Figure 3 DARPA, other agencies and defense contractors are working to first integrate the many elements of EW, for which machine learning and artificial intelligence are the essential ingredients (Source: DARPA).

To accomplish all that DoD wants to achieve will require a more tightly managed approach, making EW systems a more integrated part of the battlespace (see Figure 3). One way to accomplish this is by allowing an AESA system to handle both radar and EW, requiring a level of integration that currently does not exist. It will be difficult to achieve because EW systems must have 12 to 16× the bandwidth of a radar system, which among other things presents significant challenges for antenna designers and at the lowest frequencies make the two applications fundamentally incompatible. However, DoD is considering the approach as it would significantly reduce hardware requirements.

Another trend in EW is toward cognition-machine learning, an artificial intelligence that would allow RF systems to change their characteristics in near real-time to adapt to conditions as they are experienced by the system. In contrast, EW systems currently use lookup tables to sort out what they have ingested and applying a rules-based approach to determining what to do about them. However, the increasing use of digital signal processing and radar systems make it necessary for future EW systems to complement current threat databases with this real-time information that would be gathered during operation. This not only addresses the need for greater situational awareness but allows EW system to adapt to new threat signatures immediately. 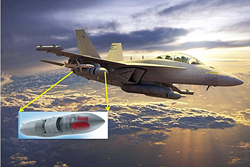 Figure 4 The Navy's Next-Generation Jammer, represents the future of EW as it uses state-of-the-art GaN devices in an electronically-steerable architecture (Source: U.S. Navy).

The most recent program attempting to accomplish this is the Reactive Electronic Attack Measures (REAM) program for which Northrop Grumman was awarded a $7.2 million contract to develop machine algorithms that would ultimately be used on the EA-18G Growler EW aircraft that, coincidentally, will also be the first recipient of the Navy's GaN-powered Next-Generation Jammer (see Figure 4). The REAM program is designed to produce detection and classification techniques for identifying waveform-agile radar threats and responding automatically with electronic attacks.

In the long-term, the greatest threat to EW systems comes from quantum technology and how it is employed in radar systems. The technology has so many benefits that whoever deploys it first will have a huge (if temporary) advantage, making their EW systems as well as stealth technologies potentially useless. China seems determined to deploy this first and has been loudly claiming it has demonstrated the first “single-photon quantum radar system” that skeptics consider dubious. The accomplishment has been attributed to the development of single-photon detectors that very efficiently capture returning photons.

The Chinese say they tested such a system in an outdoor environment and it demonstrated the ability to detect stealth aircraft at 62 miles with accuracy high enough for missile targeting. China's media was quick to point out that this was 5× what a laboratory prototype jointly developed by researchers from Canada, Germany, Britain, the U.S. achieved a year earlier. DARPA is funding research with the University of Waterloo, Lockheed Martin and several other companies to develop quantum radar systems as well. 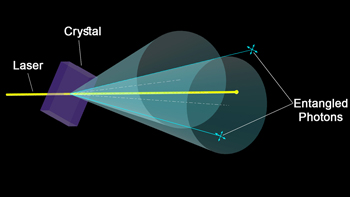 Figure 5 Whatever country manages to develop a “quantum radar” will be able to render EW systems and most stealth technologies obsolete (Source: China Electronics Technology Group).

Quantum radar takes its name from the theory of quantum entanglement (see Figure 5) in which two particles can share a relationship (and are thus “entangled”) that allows analysis of one to be used to learn about the other, even though the two are a long distance away from each other. A crystal is used to split a photon into two entangled photons, creating what is called parametric down-conversion, and in a radar, multiple photons will be created in entangled pairs.

The first pair, for example, is sent at microwave frequencies like a conventional radar, and the second set is retained in the transmitting system. By studying the second set of photons, it is possible to learn a lot of about the first. This data includes if the pair struck an object and if so how far away, how fast, how large it is as well as its direction. In addition, as quantum radar uses subatomic particles rather than electromagnetic energy, it is not constrained by materials technologies used to create stealth by reducing radar cross-section. In the same vein, it will ignore jamming and spoofing including chaff.

Although stealth aircraft can be identified over short distances using systems operating at VHF and UHF frequencies, they can only do so over short distances and have difficulty determining range. Consequently, the quantum radar has enormous potential advantages in detecting stealth aircraft and could effectively render current techniques useless.

A complete discussion of all the technologies and defense programs and platforms of the microwave community would fill a novel-sized book, as there are so many legacy, current and development programs. Consider, for example, that the HF region that gets little attention but is becoming the focus of SIGINT. It is the perfect “place” for both state and non-state actors to send messages over long distances, at little cost and with very low probability of intercept. There is also remote sensing, IFF, avionics, air-traffic control, attempts to create a workable solution for battlefield communications, missile seekers, ballistic missile defense, UAS payloads and whatever is behind the doors of the many black programs. With all this on the table, there should be plenty of opportunities for the microwave industry as far as anyone could safely project.

3D Integration and Packaging of mmWave Circuits and Antennas: Opportunities and Challenges