We use cookies to provide you with a better experience. By continuing to browse the site you are agreeing to our use of cookies in accordance with our Privacy Policy.
×
Stay Connected :
Home » Saab Inaugurates New Development Center in Finland
Aerospace and Defense Channel European Industry News Industry News

Defense and security company Saab is expanding its activities in Finland through the establishment of the new Saab Technology Center (STC) in Tampere, Finland. The first stage has been to establish a unit at the STC with a focus on Electronic Warfare (EW). The unit contributes to deliveries for the company´s current EW contracts for fighter aircraft, including Gripen E/F, the EW system for Airborne Early Warning & Control (AEW&C) aircraft, and the Electronic Support Measures/Electronic Intelligence systems (ESM/ELINT) used for land applications.

During 2017, Saab recruited a number of engineers and invested in the establishment of the STC in Tampere, including a development laboratory. The recruitment and investment will continue in 2018.

"Finland is a high-tech country and an important partner for Saab. The long-term goal is that STC in Tampere will be an integral part of Saab's product development and production," said Håkan Buskhe, Saab's President and CEO. 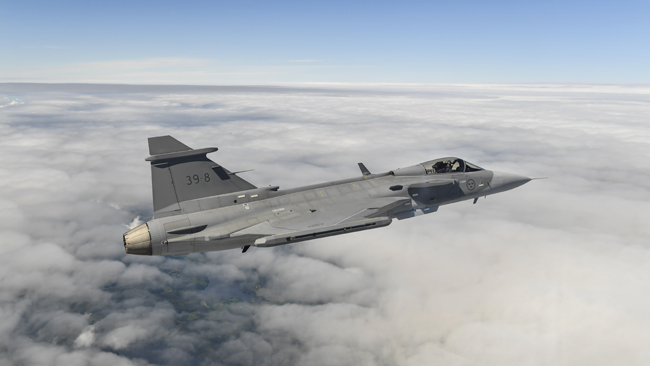 The STC contributes to deliveries for Saab´s current EW contracts for fighter aircraft, including the Gripen.

“In February 2017, we established a comprehensive and long-term research partnership with Aalto University. As a natural continuation, we are now expanding the envelope from research to development of cutting-edge technology. In addition to job creation, this will also support export opportunities as part of Saab’s global business network,” stated Anders Gardberg, Managing Director of Saab’s country unit Finland.

The STC concept is able to expand into other fields of activity and locations. Saab and its subsidiary Combitech Oy currently employ close to 100 employees in Finland, with offices in Helsinki, Espoo, Jyväskylä, Tampere and Säkylä.

New generation Saab surface radar on track and in production