We use cookies to provide you with a better experience. By continuing to browse the site you are agreeing to our use of cookies in accordance with our Privacy Policy.
×
Home » NXP Announces Airfast 3 Power Transistors for Cellular Infrastructure
Industry News RFIC Channel 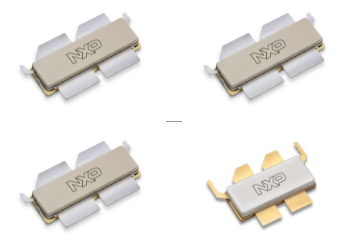 At EuMW, NXP Semiconductors announced the third generation of Airfast products with the release of four LDMOS transistors for macro base stations. The Airfast 3 platform improves transistor performance in efficiency, gain, RF output power and signal bandwidth, with the instantaneous bandwidth to cover an entire cellular band using a single device. Airfast 3 significantly reduces the footprint for a given output power.

Compared to Airfast 2, the third generation delivers up to four points greater efficiency (e.g., 53 percent final stage efficiency and up to 50 percent lineup efficiency), a 20 percent improvement in thermal performance, up to 90 MHz signal bandwidth and size reduction up to 30 percent. The new transistors are the first Airfast products to be housed in air cavity plastic packages with copper bases, which lowers the thermal resistance.

The first four Airfast 3 products use NXP’s +28 V LDMOS process and are designed for asymmetrical Doherty amplifier architectures. The carrier and peaking transistors are assembled in the same package.

The four new Airfast 3 RF power transistors are being sampled to customers now, with production planned during Q4 (2016). Reference circuits at various frequencies are also available.

For more information about the third-generation Airfast products, visit www.nxp.com/Airfast.