We use cookies to provide you with a better experience. By continuing to browse the site you are agreeing to our use of cookies in accordance with our Privacy Policy.
Home » Silos of Inefficiency: Overcoming Closed RF Design and Development Practices

Within the defense industrial base, adherence to standards such as IEEE and ISO are nothing new. However, there has been little standards-based activity born out of defense; nearly all standards activity emanates from the commercial sector. This is not surprising, since much of the work within defense electronics is centered on platforms designed to meet very specific applications, where standards-based solutions are difficult to design, engineer and develop. This is especially true within RF and microwave-based defense applications where, to date, little to no progress has been made in developing electronic warfare (EW) applications based on open systems architectures (OSA). 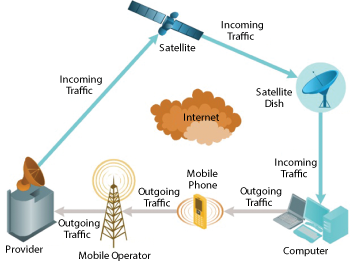 How did it get this way? Historically, each branch of the armed services would typically develop their own systems for specific platforms. Even worse, systems on similar platforms in each branch were often incompatible. One explanation for this “siloed approach” was that different platforms targeted different threats, an argument still used today in many circles. However, regardless of the platform, the mission is really the same: controlling the electromagnetic spectrum, which requires RF and microwave technology.

This article outlines a new vision for an OSA approach within the RF and microwave industry, explores the need for such an architecture, discusses what it will take and ways it can be implemented.

BREAKING DOWN THE SILOS

The stovepipe approach completely contradicts the U.S. Department of Defense’s (DoD) mandate that all systems move toward open architectures in order to lower costs and facilitate ongoing upgrades to essential electronic systems, so they remain on the cutting edge of technology. In 2013, then Deputy Secretary of Defense Ashton Carter opined in the DoD Electromagnetic Spectrum Strategy, “DoD systems must become more spectrally efficient, flexible and adaptable, and DoD spectrum operations must become more agile in their ability to access spectrum in order to increase the opportunities available to mission planners.” In essence, that means systems must be designed so they can be reused or repurposed for various missions and platforms. That means scaling systems from surface vessels, long-range bombers, armored vehicles and strike aircraft to remotely piloted vehicles (RPV). As RPV use increases, the systems must be scaled down in size, weight, power and cost (SWaP-C), as well as adapt to mission parameters and the ever-evolving threats from adversaries. In order to realize the DoD’s vision, the next steps in eliminating silos must mimic the commercial industry’s recent rapid advances in cellular network, smartphone and other technologies.

To simplify the discussion, the focus here will be on a single domain: cellular networks. The use of mobile devices has exploded over the past decade, and today they are used in virtually every aspect of  life. Their rapid adoption was accelerated by an infrastructure designed to support the vast amounts of data being communicated. At the heart of this infrastructure are RF and microwave transmitters and receivers. While the RF equipment may have different frequencies, the same essential building blocks are used across the network, in a sense providing multi-function RF equipment in a system. Providers use common equipment with tailored software to add user features and ensure quality of service (QoS). Software-defined radios (SDR) are used to adapt to various protocols. The use of SDR equipment allows software to be easily uploaded to address features needed in order to scale or adapt a system.

Another important aspect that leads to the rapid deployment of the infrastructure that supports all of these disparate devices is the use of common control and data transport protocols, such as Ethernet. In summary, common, modular “building blocks” are used throughout the system. Multi-function RF building blocks provide the heart of the communication between mobile devices and the base stations. The flexibility and adaptability around the commercial equipment controlled by common software protocols led to the deployment of a scalable, cohesive and affordable solution for the telecommunications industry (see Figure 1). This type of system is essentially an open systems architecture approach.

Why would an open systems architecture be valuable to the RF and microwave industry supporting the Department of Defense? There are several major reasons:

Scalable hardware building blocks provide the framework for any open architecture. The real key is to have a common framework that also provides adequate freedom for creative developments within the framework. Reducing the time developers need for integration is essential in any open architecture. This reduction in the integration schedule mitigates program risk caused by using known intellectual property. The flexibility of using a common infrastructure allows new technologies from new or previously unused companies to be inserted rapidly into various systems. This flexibility provides a new level of adaptability for enhancing and maintaining a system. The aforementioned benefits all lead to a reduction in duplicate, custom efforts. The reduction of duplicate efforts leads to a new level of productivity and yields maximum affordability for developers within the ecosystem. All of these points are evident in the wireless infrastructure example from the previous section. Given this, how can an open systems architecture approach to RF and microwave be implemented to provide these benefits to the DoD?

Developing an open systems architecture requires working with existing standards. Open architectures such as OpenVPX (VITA 65) have brought rapid integration of digital subsystems under common hardware and software protocols into the realm of the possible. Of course the ecosystem did not develop overnight. OpenVPX started as an architecture and turned into a high-level system specification defined by common modular hardware. The system specification enables scalability and flexibility at the system level. The next step is to bring RF/microwave (RFM) into this ecosystem. This seamless integration of RFM into consolidated systems provides the first step to a new era of multi-function systems.

This is the intent of Mercury Systems’ proposed OpenRFM™ initiative − an affordable, modular open systems architecture that standardizes the electromechanical interfaces and control planes to drive affordability, ease of integration and interoperability within the RF/microwave domain. It is ideally suited to EW applications. Its modular approach and leverage of commercial technology enables scalability, adaptability, high channel density and export features.

Starting with the smallest common denominator, the module must have an outline that fits within 2.7 × 5.6 inches. The height may vary depending on the module design but must not violate the pitch set forth by the existing VITA standards. The next step is to define the electrical connectivity for power and control. The architecture uses a very high-speed connector with an abundance of connections for power and grounding. The connector must be capable of high data rate signaling, such as set forth in the JESD204B standards, be rugged and easily placed by automated manufacturing equipment.

The control signals to the OpenRFM modules have to serve a myriad of purposes. There must be a low- speed diagnostic type path for module identification and basic operational parameters as well as a high-speed path to provide a standard control and data path. The high-speed control and data path used for OpenRFM is a multiplexed address and data path, used to preserve signals and to provide general purpose input-output (GPIO) signaling to the RFM module. A small complex programmable logic device (CPLD) within the OpenRFM module is sufficient for more complicated modules requiring many control signals. The power rails provided to an OpenRFM module are standard voltages such as 5 V and 3.3 V. The OpenRFM connector also provides some modules with power directed at RFM circuitry. The voltages are ± 8.5 V and an adjustable low voltage supply for special biasing and control circuitry.

To allow direct control of the OpenRFM module’s RF circuitry, a hardware abstraction layer has to be developed to enable control from various protocols, such as Ethernet, PCI Express or Serial RapidIO. These are all control or data protocols within the VITA standards outlined for OpenVPX. The hardware abstraction layers can be implemented by various circuits. In a fashion similar to the use of SDR for easy upgrades in a wireless network infrastructure, a system on a chip (SoC) device is used in the OpenRFM architecture to enable protocol agnostic communication. Developing a hardware abstraction layer also relies on a level of software sophistication to prevent bottlenecks in control and status of an OpenRFM module. The application program interface (API) is used to simplify the application level software access to the OpenRFM modules. This RFM “middleware” provides a common software interface to OpenRFM modules, enabling easy system integration of RFM modules into a system.

The OpenRFM architecture does not restrict any RF or microwave circuitry within the modules. This allows RFM designers to be as creative as needed to solve the system problems for communication through the electromagnetic spectrum (EMS). The OpenRFM module (see  Figure 4) can consist of any RFM assembly – from a high frequency receiver, transmitter, local oscillator generator or power amplifier to a complete SDR with data conversion by an analog-to-digital converter (ADC) or digital-to-analog converter (DAC). The only restrictions are the power consumed within the module. An exact number has not been set for the OpenRFM module; as the architecture matures, the power within a module will be confined by the VITA standard in which it resides. The modules are designed to be compliant to the VITA 48 – VPX ruggedized enhanced design implementation (REDI) specifications.

The proposed OpenRFM approach is the first step toward enabling a new, affordable open systems architecture in the DoD RF/microwave industry. Breaking down the siloed approach to design and following the open approach used in the commercial industry should enable the rapid deployment of a multi-function RFM ecosystem that can tackle even the toughest problems. The mechanical envelope and electrical connectivity enables a flexible and scalable architecture. The hardware abstraction layer and RFM middleware provide a highly adaptable architecture that will address the next level of sophistication in DoD RFM systems. This flexibility, scalability and adaptability should provide the means to reduce duplicate custom design efforts and enable maximum productivity and a new level of affordability. Equally important, this approach aligns with the DoD directives to lower costs and increase the ability to rapidly and continuously upgrade critical defense electronics systems, thereby keeping pace with emerging EW threats.