We use cookies to provide you with a better experience. By continuing to browse the site you are agreeing to our use of cookies in accordance with our Privacy Policy.
Home » The First Year of 5G
6G/5G/Massive MIMO Channel

The First Year of 5G 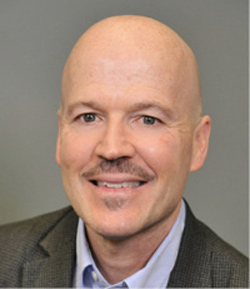 2019 will be known for the year that 5G started. We have seen the technology evolve as the design challenges were addressed by creative and talented engineers in our industry. A few years ago, we did not think that 5G mmWave transmitters would work over reasonable distances and steer beams accurately to end users or that 5G massive MIMO basestations would provide the throughput we wanted without using an inordinate amount of power. But after several years of careful design and testing, companies are achieving good results.

Signals Research Group, a consulting firm focused on the wireless industry, has been in the field testing the actual performance of 5G, based on measurements of networks in Korea, Switzerland, the U.K. and the U.S., operating at 3.5 and 28 GHz. Signals Research evaluated Verizon’s mmWave 5G network in downtown Minneapolis as the service was being launched in April. In these tests, the median download speed was around 380 Mbps, with peak rates approaching 1.5 Gbps. Signals Research also evaluated Verizon’s indoor coverage at the US Bank stadium in Minneapolis. They said the coverage extended to “virtually all areas within the stadium” and achieved a physical layer throughput of almost 1.9 Gbps at a typical seat in the empty stadium. They evaluated holding the phone in different places and it did not severely affect the reception unless the entire phone was covered with two hands.

Signals Research ran tests on 5G networks in Seoul, London and Bern operating at 3.5 GHz. Along a 4.6 km route in Seoul, an LG V50 5G phone achieved good coverage and 1.9× the download throughput of an LG G8 LTE phone, normalizing for resource blocks. The median 5G throughput was 512 Mbps, using 100 MHz bandwidth, compared to 268 Mbps for LTE. In London, EE’s 5G network was tested along a 6.75 km route in central London, again showing good 5G coverage. EE uses 80 MHz for 5G compared to 95 MHz for LTE using carrier aggregation with five carriers. A OnePlus 7 Pro smartphone achieved 5G download speeds of 220 Mbps average, with peaks to 600 Mbps. In a walk test in Bern, covering an 8 km2 area, an OPPO Reno 5G smartphone had 1.5× faster downloads than an LTE-only phone, achieving a median download of 234 Mbps compared to 156 Mbps for LTE.

And now China’s three major mobile operators officially launched 5G services in parts of 50 cities, claiming the largest rollout in the world, just six months after the government issued licenses. The three operations deployed about 86,000 5G base stations and expect to have more than 130,000 by year-end. Market leader China Mobile aims to install 50,000 sites by December’s end, while China Unicom and China Telecom each target about 40,000. China Unicom claimed ubiquitous 5G coverage in 14 cities and 28,000 base stations.

It was an interesting year of activity in the area of 5G and IoT. Next year will be the year that consumers start to really use 5G, and we will see how it performs in everyday use. In parallel, network providers are targeting manufacturing and industrial applications that are viewed as more lucrative in the early days of the 5G rollout as Industry 4.0 takes place.