David Vye
Around the time last year when the Obama administration was first learning about bin Laden’s where-abouts in Abbottabad Pakistan, we at the Journal were putting the final touches on 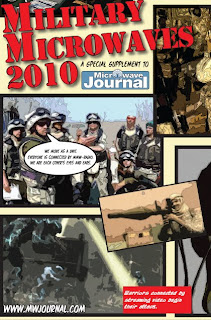 our August Military Microwave supplement. While the Journal and its staff has no obvious connection to the administration, military and intelligence community behind this successful covert operation, we do have a connection to this story by way of an article we were about to publish that month. The previous fall at the Milcom show in Boston, I had read an article by Dr. Simon et. al. of Queen’s University in Belfast on millimeter-wave ad hoc personal communication system for war fighters. I had invited Dr. Cotton to author the cover story for our Military supplement and he along with William Scanlon (Queen's University of Belfast), Efstratios Skafidas (University of Melbourne) and Bhopinder Madahar (Ministry of Defence, UK) graciously accepted our offer. The article was entitled, “Millimeter-wave Stealth Radio for Special Operations Forces”.

The Abstract read as follows:
For Special Operations Forces, an important attribute of any future radio will be the ability to conceal transmissions from the enemy while transmitting large amounts of data for situational awareness and communications. These requirements will mean that military wireless systems designers will need to consider operating frequencies in the mm-wave bands. The high data rates that are achievable at these frequencies and the propagation characteristics at this wavelength will provide many benefits for the implementation of ëstealth radioí. This article discusses some of the recent advances in RF front-end technology, alongside physical layer transmission schemes that could be employed for millimeter-wave soldier-mounted radio. The operation of a hypothetical millimeter-wave soldier-to-soldier communications system that makes use of smart antenna technology is also described.

I thought of these high speed data communication networks when I heard that the White House and operation leaders were watching the action in Pakistan unfold in real-time. After years of developing microwaves for weapon systems created and used during the Cold War, perhaps older Microwave Journal readers are well accustomed to knowing the technology story behind the headlines, but it still gives me the chills when it happens. I invite everyone to go back and read Dr. Cotton’s article now that it has moved from science fiction to forecast to fact. 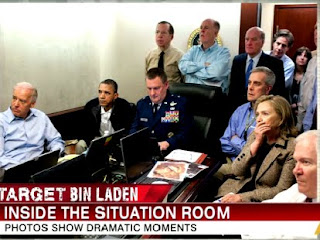