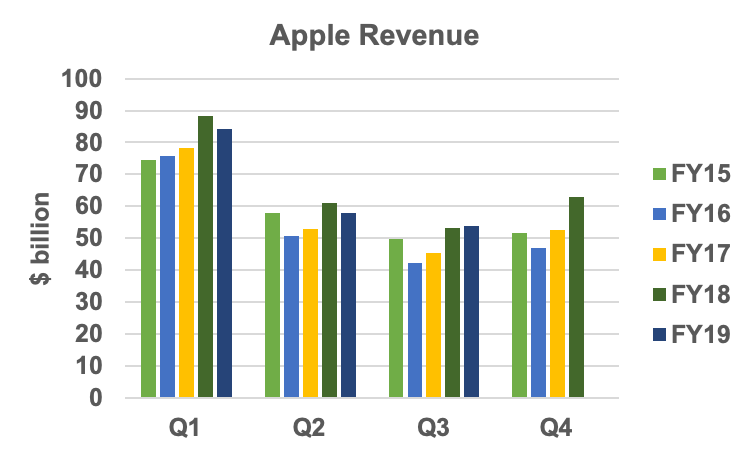 The “good” news is revenue grew 1 percent compared to the prior year’s quarter, reflecting growth in wearables, services, iPad and Mac. 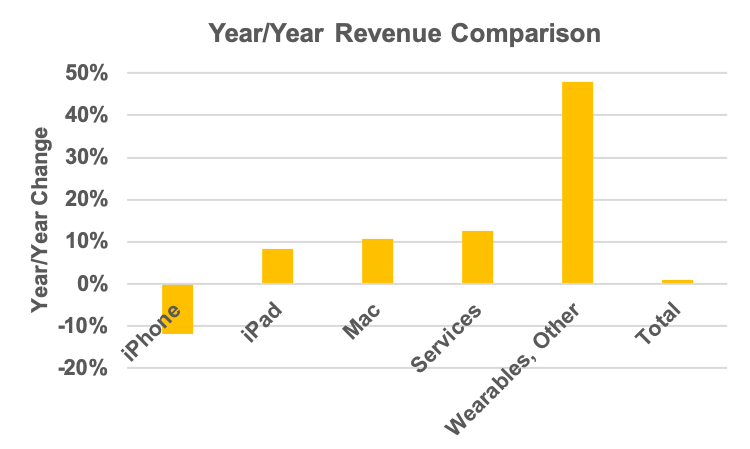 The bad news is iPhone revenue was 12 percent below last year’s quarter, and iPhone contributed 48 percent of total revenue in Q3. 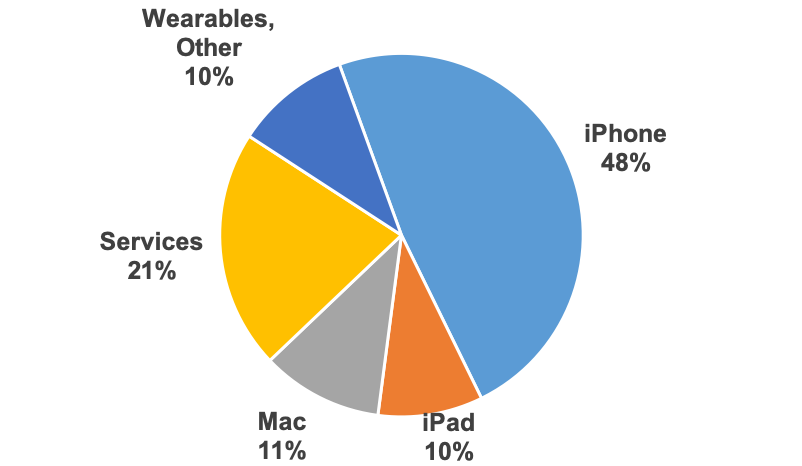 CEO Tim Cook quickly pointed out the iPhone story is getting better:

"While this (iPhone) is down 12 percent from last year's June quarter, it is a significant improvement to the 17 percent year-over-year decline in Q2. We are encouraged by the results we are seeing from the initiatives that we spoke about in January, including strong customer response to our in-store trade-in and financing programs."

Also on the good side of the ledger, the iPhone has spawned several of Apple’s growth platforms: iPad, Apple Watch and a panoply of services such as Apple Pay. Cook noted that wearables and services, with combined revenue nearing $17 billion, are approaching the size of a Fortune 50 company.

For RFIC suppliers, the iPhone is the bellwether, although Apple’s other hardware products rely on RF — particularly Wi-Fi — for connectivity. While new iPhones are historically introduced in the fall, which is Apple’s Q1, Apple’s Q4 revenue won’t reflect the new models. Nonetheless, Apple’s guidance for Q4 is between $61 billion and $64 billion, a 16 percent increase from Q3. Although this growth likely won’t come from iPhones, we ought to see signs of the new iPhone models from the upcoming earnings calls from Qorvo and Skyworks; both will announce results within the next week.

During the Q&A portion of the earnings call, analyst Samik Chatterjee of JP Morgan asked Apple’s view of the competitive landscape in China in 2020, saying “there'll be a lot of 5G phones launching in that market from the Android players.” Cook responded,

"We don't comment on future products. With respect to 5G, I think most people would tell you, we're in sort of the extremely early innings of it. And even more so on a global basis."