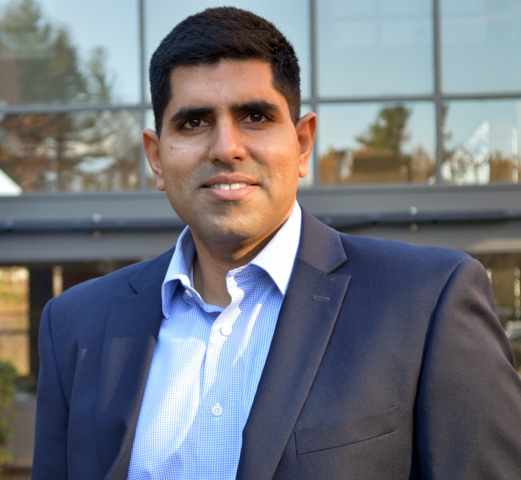 Competitive threats and commoditization—In addition to regulatory hurdles, the drone market is increasingly competitive, which creates pricing pressure. Drawn by UAVs’ attractive growth potential and “cool” factor, more than 400 companies worldwide are already involved in drone-related development. The focus for most of these companies is differentiated hardware, rather than emphasizing the value-added services their drones may enable.

Limited RF and microwave expertise—To achieve widespread use, commercial and consumer drones must be equipped with navigational sensors that ensure safe and reliable autonomous operation. As in the automotive and industrial equipment markets, many of these wireless sensors use RF and microwave technology. Yet most commercial companies developing drones are startups with limited expertise in RF and microwave design. Even well-established industrial equipment manufacturers with some RF experience are hard-pressed to quickly evaluate, design and manufacture radar sensor solutions for the fast changing UAV market.

RADAR TO THE RESCUE

At Analog Devices, we believe UAV manufacturers have an opportunity to influence regulatory policies governing drone operation by embracing the RF, microwave and mmWave technology that can enable the sensors needed to prove the safe, reliable navigation of drones. A 24 GHz radar, operating in the globally recognized industrial, scientific and medical (ISM) band, is one example of a basic and versatile sensor for multiple use cases. An ISM band radar at 24 GHz can be used without regulation anywhere in the world for functions such as automatic collision avoidance and radio altimeters. In addition to measuring how high the drone is flying, the same radar can detect and track multiple objects—two of the most basic requirements for safe drone operation.

By proving their solutions are technically capable of operating autonomously, UAV manufacturers will be able to influence the existing regulations, rather than waiting for regulators to define the way the industry should operate. To reach this point, UAV manufacturers need to take three steps:

The following discussion provides an overview of these steps and a potential solution to help UAV manufacturers adopt 24 GHz radar for collision avoidance and radio altimeter applications.

Radar sensors are commonly used in the automotive and industrial markets to detect, measure and track objects, e.g., blind spot detection and automotive driver assistance systems (ADAS). Compared to optical or ultrasonic sensors, radar can accurately detect and measure objects over a much longer range and wider field of view in very difficult environments, including dust, smoke, snow, fog and poor lighting. A typical radar has various modes, each best depending on what needs to be detected and tracked.

FMCW—Operating in the frequency modulated continuous wave (FMCW) mode, the radar measures the distance to stationary targets. By modulating the frequency, also referred to as an FMCW ramp or chirp, the radar measures the response of the reflected wave to derive range, velocity and the angle of the target. Figure 1 shows how the target’s range, velocity and angle are derived in FMCW mode.

Compared to laser detection, which measures a single spot, or camera detection, which only captures a 2D image within the camera’s field of view, FMCW radars provide a continuous, inherent average of the information from the target’s reflection. This provides a wide, 3D field of view by measuring the distance, speed and angle, from as close as a few centimeters to several hundred meters between the sensor and the targets.

Range-Doppler—In range-Doppler mode, the range and speed of the target are analyzed. Range-Doppler is one of the most powerful modes because it processes multiple transmit ramps or chirps simultaneously using a 2D Fourier transform. The processed range-Doppler data is displayed in a 2D map that enables targets with different velocities to be separated, even if they are the same distance from the sensor. This is important to distinguish multiple targets moving at high speed in different directions, e.g., resolving complicated air traffic scenarios with targets traveling in opposite directions or during overtaking maneuvers.

A 24 GHz radar is widely used in commercial and industrial applications, offering high accuracy, low power consumption and small size. These characteristics also make a 24 GHz radar a good fit for commercial and consumer UAV manufacturers, particularly considering the desire to reduce payload and power requirements. One such system developed by Analog Devices is shown in Figure 2.

A common misconception is the radar can operate at 77 GHz rather than 24 GHz. Current regulations dedicate the 77 GHz band to automotive vehicles and do not allow use with UAVs. While 77 GHz offers higher bandwidth for improved resolution, today’s regulations prohibit a 77 GHz radar being used for UAV applications.

When building a radar sensor, every dB improvement in receiver sensitivity extends the detection range. Most sensors available today focus on cost reduction, trading off phase noise and the number of channels. This trade-off degrades the receiver signal-to-noise (SNR) ratio, which limits the detection of smaller targets in the presence of larger objects. In real-world radar applications, busy or cluttered target scenarios cumulatively increase system phase noise and desensitize the radar receiver. The higher system noise masks or hides small targets and prevents object detection—detecting a narrow tree branch masked by the façade of a building—which can compromise UAV safety. Most single-channel, single chip, low-cost sensors do not provide the needed performance to make this distinction.

The UAV/UAS market is growing quickly and offers tremendous potential for many new commercial applications. The landscape of sensor technologies is also changing rapidly, with newer sensor technologies such as light detection and ranging (LiDAR), time of flight (ToF) and ultrasonic being developed and adopted. UAV manufacturers should be aware of these newer options and incorporate the latest technologies as they mature.

However, radar remains the most compelling sensor technology, offering performance and versatility. To help the widespread commercial adoption of UAVs, UAV manufacturers need to lead the industry by embracing RF, microwave and mmWave radar, considering more than just the cost of the hardware, to demonstrate that UAVs can be safely operated autonomously.