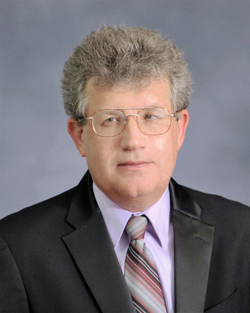 Dr. Alexander Chenakin is the Director of R&D at Anritsu Company in Morgan Hill, Calif., where he leads a team of engineers working on the development of test and measurement instruments. He previously held technical and executive roles, including Vice President of Advanced Technologies at Micro Lambda Wireless and Vice President at Phase Matrix.

Dr. Chenakin is known for his expertise in the field of frequency synthesis, writing more than 40 technical articles and the Artech House textbook on frequency synthesizers. He received the ARMMS RF & Microwave Society’s best contribution award for his work on fast-switching frequency synthesizers in 2009. He is a senior IEEE member and has been an invited speaker at several IEEE events. 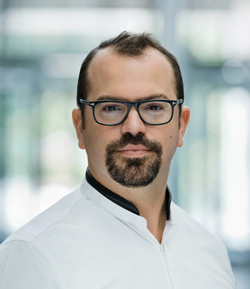 Dr. Benoit Derat is the Senior Director for Systems Developments and Project Implementations at Rohde & Schwarz, where he covers electromagnetic compatibility, over-the-air and antenna test applications. Prior to joining Rohde & Schwarz, he founded and served as CEO and president of ART-Fi, which created the first vector-array specific absorption rate measurement system. He also worked as an antenna design and electromagnetics research engineer at SAGEM Mobiles.

Dr. Derat received the engineering degree from SUPELEC in 2002 and a Ph.D. degree in physics with honors from the University of Paris XI. He has written more than 70 scientific conference and journal papers and been an inventor on more than 30 patents. 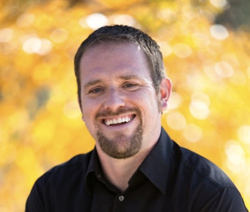 Dr. Doug Jorgesen is the Vice President of Applications and System Engineering at Marki Microwave, where he leads applications support for microwave amplifiers, mixers, switches and passive products. During his 10-year tenure at Marki, he has guided product development, technical support, marketing and outside sales, leading to some 300 new products and accelerating product development to more than 40 per year. 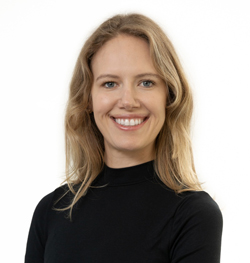 Dr. Whitney Lohmeyer is Assistant Professor of Engineering at Olin College and a Research Affiliate at MIT in Aeronautics and Astronautics. She leads the Olin Satellite + Spectrum Technology & Policy (OSSTP) Group and contributes to satellite communications system development by advising on system design, antennas, RF power amplifiers, radiation tolerance and spectrum strategy. She is passionate about enabling affordable internet access to generate economic growth and improve healthcare and education.

Prior to her current roles, Dr. Lohmeyer was the first engineer hired at OneWeb, one of several satellite start-ups launching hundreds of low earth orbit communications satellites to provide global broadband coverage. At OneWeb, she held both technical and policy roles, designing the RF link budget and supporting the development of the LTE waveform and user terminal antenna. Prior to OneWeb, she worked at Google, Inmarsat and NASA.

Dr. Lohmeyer received a bachelor’s in aerospace engineering from North Carolina State University and her master’s and Ph.D. in aeronautics and astronautics from MIT. She has been invited to speak on leadership at several events, including the United Nation’s and International Telecommunications Union’s Women’s Leadership Workshop on Empowering Women in Radiocommunications Negotiations. 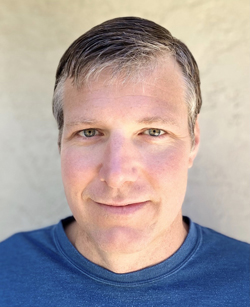 Matthew Ozalas is with Keysight Technologies, where he serves as Application Developer and Product Owner in the High Frequency Design Software group. Prior to joining Keysight, he designed multi-band power amplifiers and front-end modules for wireless handsets at Skyworks Solutions. He also designed RFICs and power amplifiers for high frequency application while at the MITRE Corporation. 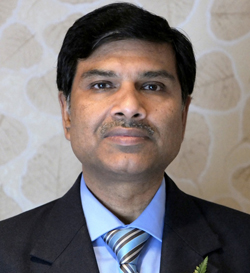 Dr. Ajay Poddar is a Chief Scientist at Synergy Microwave, where he is responsible for developing signal generation and signal processing electronics, opto-electronics, RF MEMS and metamaterial electronics. He is also a visiting professor at the University of Oradea, Romania; the Indian Institute of Technology in Jammu, India; and a guest lecturer at the Technical University Munich. Before joining Synergy, he worked as a senior scientist in the Defense Research and Development Organization and was a visiting professor at the University of Pune, both in India.

Dr. Poddar graduated from the Indian Institute of Technology in Delhi and received a Dr.-Ing. from the Technical University Berlin, subsequently receiving a Dr.-Ing. habil from Brandenburg Technical University in Cottbus, Germany. Dr. Poddar has received more then three-dozen patents and published more than 300 scientific papers and contributed to four technical books. An IEEE Fellow, he has been recognized for his many professional and humanitarian activities serving underprivileged and underserved communities. 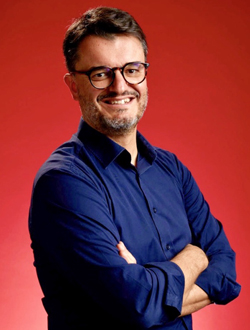 Dr. Carles Puente is a co-founder of Ignion, where he leads innovation management. At Ignion, he co-invented the Virtual Antenna, a technology enabling small chip antennas for IoT and mobile devices. Previously, as co-founder and chief technical officer of Fractus S.A., he developed a landmark antenna technology that was adopted by the mobile industry. Dr. Puente is also a professor at BarcelonaTech and has taught graduate courses on technology and patent management at Penn-Wharton, ESADE Business School and the Centre for International Intellectual Property Studies.

Dr. Puente is a co-inventor listed on 145 patents, co-author of some 150 scientific papers and has been an invited speaker at several forums. He received his bachelor’s in electrical engineering from BarcelonaTech, a master’s in science from the University of Illinois and a Ph.D. from BarcelonaTech. He and his team were nominated for the European Inventor Award in 2014, named a Technology Pioneer by the World Economic Forum in 2005 and awarded the IST Grand Prize by the European Commission in 1998. 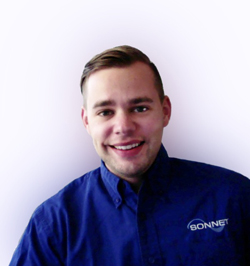 Dr. Rautio is a member of Eta Kappa Nu, the electrical and computer engineering honor society. He is active in IEEE, currently serving as a reviewer for the IEEE Transactions on Microwave Theory and Techniques and previously supporting the IMS2012 steering committee and MTT-S AdCom. 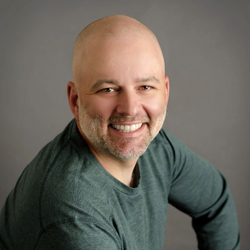 Dr. Roberg received a bachelor’s in electrical engineering from Bucknell University, a master’s in electrical and electronic engineering from the University of Pennsylvania and a Ph.D. from the University of Colorado at Boulder. In 2021 he was one of four recipients of the Outstanding Young Engineer Award from MTT-S, recognized for “outstanding early career achievements for contributions to high power monolithic integrated circuit design and analysis.” 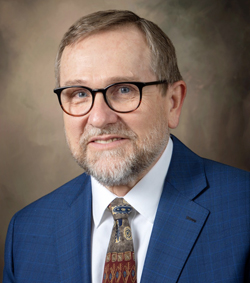 Fred Schindler is an independent consultant and the chief technical officer for Anlotek Ltd. During a career focused on RF and microwave semiconductors, he has served in director and manager roles at Qorvo, RFMD, IBM, ATN Microwave and Raytheon.

Mr. Schindler earned a bachelor’s in electrical engineering from Columbia University and a master’s in electrical and computer engineering from the University of Massachusetts Amherst. He has received 11 patents and published more than 40 technical articles. Mr. Schindler is an IEEE Fellow, an Honorary Life Member of MTT-S and remains active in IEEE and MTT-S boards and committees. He served as MTT-S president in 2003 and IMS General Chair in 2009. 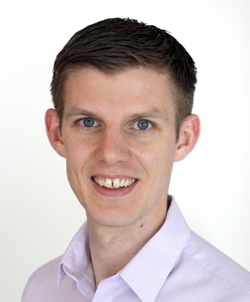 He received a Ph.D. in microwave engineering from Cardiff University, where he specialized in broadband power amplifier design. Dr. Smith is a reviewer for IEEE Microwave and Wireless Component Letters, has written multiple conference and industrial journal papers and was an Electronics Weekly BrightSparks award winner in 2017. 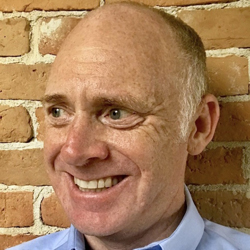 David Vye is a Senior Product Marketing Manager at Cadence Design Systems, where he is responsible for the development and positioning of Cadence’s RF/microwave products. Prior to Cadence’s acquisition of NI AWR, he served as the Technical Marketing Director for the NI AWR Group. Earlier roles include editor and business development manager at Microwave Journal, business development manager at ANSYS, product marketing manager at Ansoft, and design engineering roles at Raytheon Research, Raytheon’s Advanced Device Center and M/A-COM.