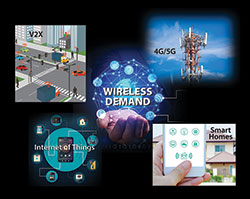 Figure 1 Our world is increasingly connected, which is driving the growing demand for wireless data.

Hard to believe it has been over 30 years since 1G was introduced to the world, back when there were no official requirements and analog technology was being used. The 1990s brought 2G, with the introduction of digital technology and the ability to transmit text messages via your cellular device. Ten years later, in 2000, an upgrade to 3G brought IEEE WiMAX standards that were designed to support 30 to 40 megabit per second (Mbps) data rates. Then, 4G was introduced a mere seven years ago and, although it brought to the world a much higher spectral efficiency, exponential consumer demand for wireless data is now driving a need for substantially higher mobile network capacity and performance. Let’s take, for example, the primary driver for data usage on smartphones: video streaming. Just an hour a day of mobile video at 1 Mbps throughput—which is typical of applications supporting streaming video like YouTube or Netflix—consumes 13.5 GB per month. The demand for data will continue to grow as the 5G and IoT ecosystems are created in the coming years (see Figure 1), and we will all eventually live in a world that depends on billions of devices communicating with one another. The connectivity of these devices will be expected to be instantaneous and without interruption.

Adding capacity is not cheap, and space for additional antenna towers is limited. In the U.S., most towers are not owned by carriers, rather companies such as American Tower, Crown Castle and SBA. Carriers lease space on these towers and, as strict permitting processes make it difficult to build new sites, carriers are forced to replace antennas with newer and more efficient ones. Arguably, the cost for operators to deliver data is proportional to the spectral efficiency of the wireless technology. LTE networks have the highest spectral efficiency of any technology to date, but it is not going to be enough to serve consumer desire to always be connected. So how is capacity added in an already saturated wireless infrastructure? One answer is advanced antenna designs employing new technologies that operate within current frequencies. Another answer is adding wireless infrastructure that operates at new and higher frequencies, where plenty of spectrum exists. Early in 2015, U.S. carriers spent more than $40 billion on spectrum! Because much of the spectrum below 2.5 GHz is limited, frequency bands around 3.5, 28, 39 and 77 GHz are gaining interest because of the availability of bandwidth.

We should start by clarifying the conceptual goals for 5G (see Figure 2). Cost to deliver data is crucial to the success and survivability of the carriers, so the 5G infrastructure will need to support a greater number of devices at lower average revenue than with 4G systems. The infrastructure must also provide peak data rates of multi-gigabits per second (Gbps), facilitate a user experience that is uniform throughout the coverage area—no matter the device density—support numerous frequencies (including cellular bands and frequencies above 6 GHz), use both licensed and unlicensed bands and follow advanced spectrum sharing rules.

Figure 2 5G is envisioned to support three general use cases: high data rate, low latency and massive numbers of connections (a), and these use cases define the performance requirements of the network (b).

The 5G networks of the future will require infrastructure that has a wide range of capabilities and operates both below 6 GHz and at millimeter wave frequencies. These networks will use massive MIMO antenna structures and massive carrier aggregation and will need to operate “lightning fast” with very low latency. Massive MIMO comprises hundreds of antennas at the base station that enables spatial multiplexing and beamforming. These systems provide three times the spectral efficiency of today’s LTE-Advanced antennas. Carrier aggregation, which is a key LTE-Advanced feature that operators are deploying globally, uses spectrum more effectively, increases network capacity and user throughput rates and provide new ways to integrate unlicensed spectrum. Frequency band allocations for 5G focus heavily on bandwidth availability and seem to center around three groups: below 6 GHz, 15 to 40 GHz and above 60 GHz. The combination of lower and higher frequencies is crucial for 5G operation. Lower bands can be devoted to coverage and control, while the higher bands enable high data rates. While millimeter wave frequencies suffer from characteristics such as higher propagation loss—even with line-of-sight conditions and no obstructions—this challenge can be overcome with beamforming antenna arrays or massive MIMO.

Regulatory policies around the world are striving to keep pace with these changing technologies. Some of the complex issues to be addressed: allocating and managing the new spectrum, maintaining neutrality within the networks and preserving privacy. Spectrum is considered a precious commodity within the industry. This could be seen during the U.S. auction for the 3.5 GHz small cell band last year, spectrum the FCC is now enabling. As advancements in technology provide a path for small cell operation between 6 and 100 GHz, a vast amount of available spectrum is introduced. Wider radio channels operating at higher frequencies enable much higher data rates. Small cells offload data from macro cells, inherently increasing capacity, and can offer improved signal quality in places with a higher concentration of users or where the signal from a macro tower is weak. Millions of small cells will eventually be deployed, leading to massive increases in capacity. The industry is slowly overcoming challenges that have impeded small cell deployments. These include government regulations, acquiring real estate for the antennas and managing and preventing interference. Another challenge relates to spectrum sharing. Future wireless systems may interface with a planned spectrum access system that manages spectrum among primary users—government agencies, in some cases—and secondary or tertiary users. This will enable more efficient use of spectrum for scenarios in which incumbents use spectrum lightly.

Many countries have started 5G trials, focusing on various applications and using different frequencies. Major carriers in the U.S. are conducting trials in 2017 with a focus on fixed broadband at 28 GHz. South Korea is also conducting trials at 28 GHz to prepare for the 2018 Olympic Games in Seoul. Japan plans to start trials in Tokyo during 2017, using both sub-6 GHz and 28 GHz, and they will likely scale up the trials significantly during 2018 and 2019. China has announced ongoing 5G trials at 3.5 GHz, with a major carrier testing seven experimental base stations in several cities throughout 2017. Additionally, the European Commission recently published their 5G action plan, with preliminary trials starting in 2017 and pre-commercial trials in 2018; they will use 3.4 to 3.8 and 24.25 to 27.5 GHz. However, all these trials will be very targeted and limited in scale, constrained by the pace of 5G standards, technology development and economic justification. This view has also been confirmed by the November 2016 forecast from ABI Research, estimating 5G subscribers will reach 4 million in 2020 and 349 million in 2025, accounting for only 0.04 percent of all subscribers in 2020 and 3.6 percent in 2025.

With all that said, there is no doubt antennas for next-generation wireless systems (e.g., LTE-Advanced and 5G) are becoming more complex. With demand for mobile data projected to grow at approximately 53 percent compound annual growth rate through 2020, active antennas and small cells will continue to be deployed to handle the data throughput. These trends and the associated growth are expanding the use of printed circuit board (PCB) materials in antenna designs. The material requirements will be different from the traditional cellular network. At the same time, 5G designs are completely new to the designers of wireless infrastructure. These designers need to overcome the many challenges and understand what performance properties are needed to meet their design goals.

With the use of additional frequency bands and consumer demand for better performance and lower latency, PCBs have advantages compared to competing technologies, such as bent metal and cable. Designers at antenna original equipment manufacturers (OEM) find that PCB-based designs shorten the design iteration cycle and enable the development of complex, multilayer board (MLB) designs. However, PCB-based designs have challenges: integration of the power amplifier (PA) and antenna into one structure for active antennas and higher fabrication and assembly costs of MLB approaches using PTFE materials. While thermoset high frequency materials are ideal for MLB designs, there are limited thermoset materials that have low loss, low passive intermodulation (PIM) and are flame retardant, meeting the sought after UL 94 V-0 designation.

To address these challenges, PCB materials companies like Rogers have launched new antenna grade laminates. Rogers’ solution combines a flame retardant, low loss thermoset dielectric with low profile copper foil and incorporates a proprietary filler system. The material has a dielectric constant (Dk) of 3.0, a popular choice for antenna designers, and a dissipation factor (Df) of 0.0023 at 2.5 GHz. The laminate possesses a low thermal coefficient of dielectric constant (TCDk), which gives consistent circuit performance over a range of temperatures. It has low passive modulation (PIM
< -160 dBc), because it is constructed using a patented LoPro copper foil, and it incorporates low density microspheres, yielding a laminate that is 30 percent lighter than PTFE materials. The coefficient of thermal expansion (CTE) is matched to copper in the X and Y directions, which minimizes bow and twist and allows for hybrid MLB construction, and the material has a low Z-axis CTE of 30.3 ppm/°C from -55°C to +288°C, for reliable plated through holes (PTH) in multilayer circuit assemblies. These laminates offer a practical, cost-effective circuit material for active antenna arrays and PCB antennas, whether for current wireless systems or those on the horizon. With the right combination of materials, these laminates provide the optimum blend of price, performance and durability.

Rogers, like other PCB materials companies, continues to focus on market trends and material needs of the future. Under development is a whole family of thermoset laminates with multiple thicknesses, low dielectric constant and low insertion loss for emerging PA and small cell point-to-point backhaul radio applications operating at millimeter wave. Rogers will soon add a thermoset solution designed to meet the growing RF needs within the carrier grade Wi-Fi and distributed antenna system (DAS) markets, where better loss, improved Dk over frequency and more controlled thickness tolerance are desired. These product offerings will only serve to enhance an already comprehensive portfolio of the highest reliability and highest quality product offerings. PCB manufacturers are meeting the needs of the antenna market with new products aimed at the performance criteria needed to meet 5G performance goals.