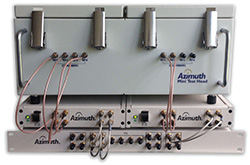 New technologies and applications (e.g., LTE unlicensed, IoT) have led the shift from link-level testing toward more system-level testing, from simple point-to-point topologies toward complex topologies (e.g., mesh, star) and from single to multiple radio instances. This complicates testing, so Azimuth has made it simpler, faster, more reliable and more cost effective, with a new automated RF platform called Spider™.

Field testing is the ultimate trial — not the optimal place to start. It’s fraught with logistical and environmental challenges that inevitably make field testing expensive and difficult to repeat. Testing should start in the lab and thenmove to the field. At a high level, there are three approaches to lab testing: conducted and two options for radiated.

Conducted Testing: Ad hoc conducted testing is the typical go-to for its quick, relatively inexpensive startup. Users gather myriad components (e.g., programmable attenuators, combiners) to create a specific test bed, controlling it manually or with temporary code created from scratch. While this works well for proof of concept, invariably, it becomes unwieldy. Since do it yourself (DIY) setups lack platform homogeneity, the onus of test bed building, automating, expanding, maintaining and documenting falls on users. That makes test beds challenging to replicate and grow. 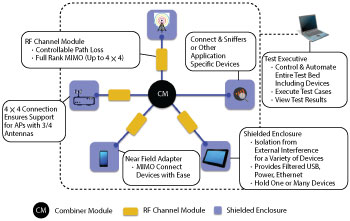 Radiated Testing: Users test devices in a shielded enclosure or chamber. The signal is radiated over the air (OTA) with limited or no additional conditioning. It’s nearly impossible to control the RF environment and accurately recreate real world scenarios. Such setups can leave environmental dead zones, result in devices never achieving maximum performance, and require trial and error — iterative adjustments to determine the ideal combination of the devices’ physical position and orientation. This frustrating, time consuming process must be repeated every time a new device is added to the test bed.

Over the Air:The traditionalOTA setup with an anechoic or a reverberation chamber is typically useful for designing or characterizing antenna performance or device performance with the antenna.

In addition to field and lab testing, there’s a third, more optimal option: Spider. Spider is an automated RF platform that’s modular, scalable and cost effective — built to solve the challenges of the other approaches. Spider can be used stand-alone or as a platform on which turnkey solutions are built for different technologies (e.g., Wi-Fi, LTE unlicensed), applications (e.g., IoT) and use cases (e.g., MIMO, coexistence testing). Think of Spider as a model built from Lego® blocks, with fundamental hardware and software blocks that fit together quickly and easily, allowing users to build what they need, as needed: 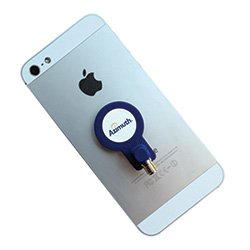 Figure 2 Near field adapter connected to a smartphone.

As with Legos, users can follow the directions for common, specific designs or can use the same blocks, with others, to build test beds for unique purposes. Pre-built Lego models may also be purchased.

RF Channel Module (RFCM): The RFCM can be used stand-alone between two nodes or part of a complex topology. Featuring controllable path loss and supporting four paths, the RFCM provides individual path or group attenuation control for both single-input-single-output (SISO) and MIMO testing. It’s available with (RFCM-B) or without (RFCM-C) an integrated Butler matrix, which provides a low condition number, high rank channel for testing MIMO, beam forming and other applications that require a controlled combination of different RF signals. 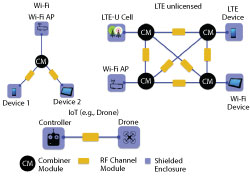 Near Field Adapter (NFA): A major challenge in conducted testing is attaching devices without exposed connectors. The NFA connects devices without having to open them (see Figure 2), providing repeatability and reliability that can’t be achieved through radiated testing.

Designed with a broad operating frequency range from 700 MHz to 6 GHz, Spider has none of the bandwidth limitations of most active test equipment. Not technology specific, it can be used for a variety of technologies, including cellular (e.g., LTE-A, LTE unlicensed, LTE), Wi-Fi (802.11ac/b/g/n) and Bluetooth (see Figure 3). Supporting a variety of topologies (e.g., star, mesh, custom), Spider excels at all forms of testing: conformance/certification, performance, functional validation, interoperability and coexistence. Table 1 summarizes the performance capabilities of the Spider platform. 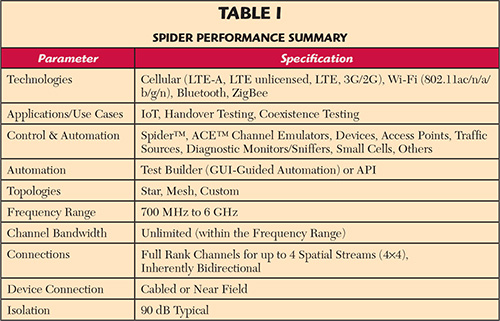