We use cookies to provide you with a better experience. By continuing to browse the site you are agreeing to our use of cookies in accordance with our Privacy Policy.
×
Stay Connected :
Home » BookEnd

Chip War: The Fight for the World’s Most Critical Technology 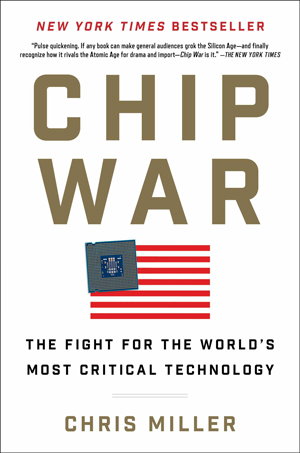 In the 1980s, the American semiconductor industry lost ground to Japan. Japan’s use of continuous quality improvement led to better quality and, after emerging from denial, U.S. industry embraced quality gurus—Joseph Juran and Phil Crosby, authors of “Quality Is Free”—and initiatives such as Six Sigma and the Malcolm Baldrige National Quality Award. Despite U.S. improvements in semiconductor quality, Japan remained a center for new wafer fabs because of the country’s lower cost of capital. The interest on a billion dollar investment was, as a former colleague said, “adult money.”

Over the next decades, South Korea and Taiwan built semiconductor industries, often beginning with the lowest cost devices that were hard for the U.S. and Europe to competitively produce. The inexorable capitalist pull of gravity led to China, as the country traded low cost labor in exchange for economic development, bootstrapping its entry into high tech, including, of course, semiconductors.

If the U.S. government considered the implications of this flow of technology, the DoD was the most vocal about the looming threat, concerned that China would use the latest generations of silicon and compound semiconductors to enable its weapons systems and erode U.S. technology leadership. The threat became more apparent with the authoritarian regime of Xi Jinping and the near juggernaut growth of Huawei. The pandemic and Russian invasion of Ukraine provided double exclamation points on U.S. dependence and vulnerability to China. The Trump and Biden administrations moved to restrict, then stop, exporting the latest semiconductor products and manufacturing technologies to China, and Congress passed the CHIPS and Science Act to invest in U.S. semiconductor facilities and R&D, mimicking China’s policy of state and “private” company collaboration.

“Chip War, the Quest to Dominate the World’s Most Critical Technology” tells a synopsis in fascinating and readable detail. It was researched and written by Chris Miller, who teaches international history at the Fletcher School at Tufts University. There’s no better primer as we watch the “chips act” unfold.